The Provincial Government has passed Ontario Regulation 507/18 under the Electricity Act 1998.  This regulation was published in December 2018 to supplant Ontario Regulation 397/11, made under the Green Energy Act 2009. This regulation requires certain public agencies, including municipalities, to report on their energy consumption and GHG emission annually, beginning in 2013.  The regulation also requires these agencies to develop and implement five-year energy conservation and demand management plans starting in 2014.  These plans are to be reviewed and updated every five years, with the first update due on or before July 1, 2019.  The Township of Sables-Spanish Rivers has updated its Energy Plan.  A copy of the Township’s Energy Plan is available for viewing here.

Regular Council Meetings are held the second and fourth Wednesday of each month.  Meetings commence at 6:00 pm in the Municipal Council Chambers.  All Council meetings are open to the public – everyone is welcome to attend!  A copy of Council’s Procedural Bylaw  is available for viewing.

Your elected officials are always willing to listen to you – give them a call!

The following forms are available in PDF: 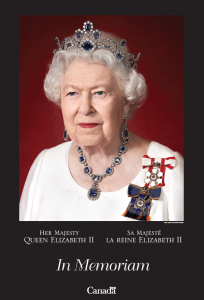